First News is a newspaper for young people.

I like the idea of first news. A broadsheet newspaper for children. I like that it is one of a kind, the only other thing like it is a magasine, not a newspaper.

The front page of First News definately draws you in. It has one big, bold headline in the middle of the page, and then a few other smaller ones down the side telling you whats else is in the paper. The news paper definately adresses all the news, not just dumbed down bits for kids, and the front page is the best place to see that. The article on it often adresses things such as brexit and other political situations, whilst managing to be un-biast, leaving it up to the children to look at all the evidence. 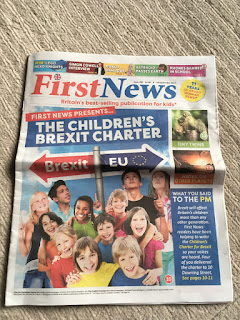 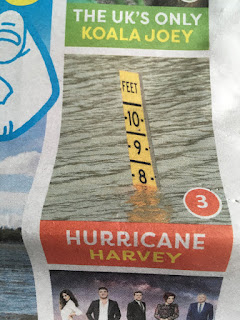 Opening onto page two, there is a list of 20 things to know and tell. Its a very quick roundup of some news that you can "read yourself and share with friends" For example, one of the sub-articles is about the royal bay, another about Daniel Craig and James Bond. I really like this page because it is good to read if you don't have much time to go through the enitre newspaper, you can have a quick look here. First News works well for children with busy lives. 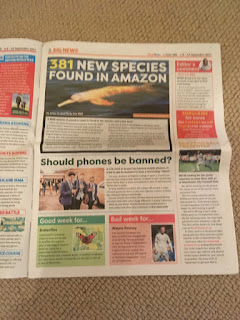 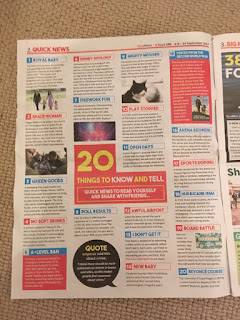 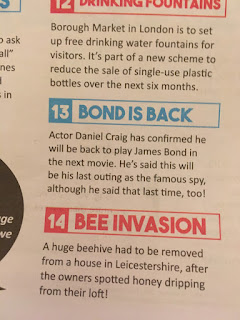 Another thing that I like about the newspaper is the fact that it is clearly segmented. Each section has a header, followed by the news for that specific bit. For example, there is an animals section, an enterainment section, a gaming section and much more. This makes it easy for you to find the sections that you are interested in. 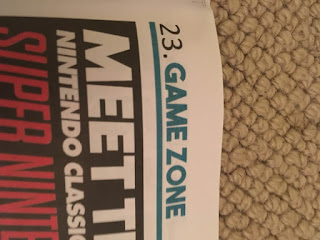 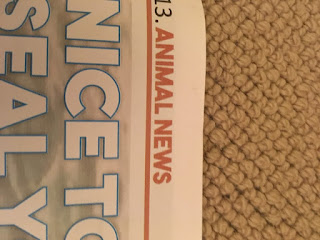 The one thing that I don't like about first news is the age range it says its for. The newspaper claims that it is a newspaper for seven to fourteen year olds, but from my experience, it is more like seven to eleven years old. The newspaper is definatley more of a childrens and tween thing than a teen thing.

All in all, I think that First News is a very good childrens newpaper! It is definately worth a look at.

Im sorry about the formatting, there isn't much I can do. Blogger is a nightmare sometimes!